Crypto Royale is a browser-based Battle Royale, where players compete for fame, glory and a little profit.

Players enter a battlefield where they must be ‘the last person standing’. Represented by moons, a player’s ‘character’ can be one of three colours (Yellow, Pink, Blue). Colours are interchangeable by collecting boxes dropped onto the battlefield and must be used to ensure a player’s strength over an opponent in an effort to outsmart, outwit and out maneuver other players to become the victor.

Victory is claimed when only one player remains, a wheel is spun to determine their ROY Reward for that battle. Battles can be fast paced or slow, strategic battles. The game allows for each player to adopt a style of their own, and often becomes an identifiable trait/signature of said player.

Whatever a player and opponents’ strategy there is a continual external force adding pressure to the gameplay – a closing circle. Venturing outside into the darkness causes a deterioration in health, but the collectables outside can, and often do, provide the weapons needed to claim victory. Positioning and timing are critical components to a player’s skill set.
From this game 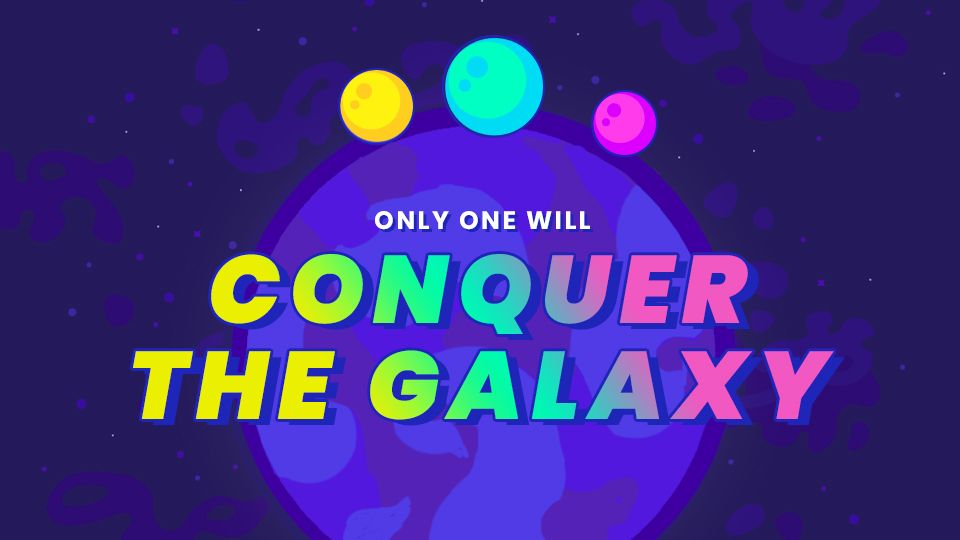 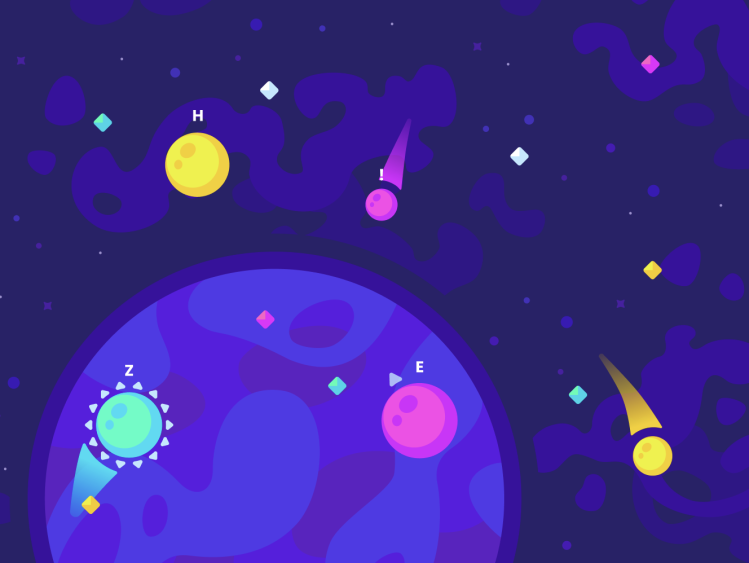